The 4 Differences Between a CEO and Entrepreneur

“What got you here, won’t get you there.” These wise words from a mentor changed everything for me as a Visionary Entrepreneur.

Maybe like me, you built your company from the ground up by being a hard-charging founder. But now you’ve reached a point where that leadership style is giving diminishing returns and you realize you need a new approach to build a stable, growing company as its CEO.

This is a challenge that many entrepreneurs face once they reach that critical launch velocity and transition from "startup" to “scale-up.”

Unfortunately, smooth, efficient scaling is nearly impossible if you continue to operate as an Entrepreneur and keep playing "Chief Everything Officer." You’re the captain of a team now, not just a pioneer. What got you here, will not get you to where you are going. If you want to scale, you must make the transition from Entrepreneur to visionary CEO.

And the way these two roles lead and operate is VERY different.

Now, to do this I'm going to introduce you to the 4 Flaws Model for Entrepreneurs. It shows the most common personality flaws that cause problems for entrepreneurs when they are attempting to step into the role of a CEO.

The 4 Flaw Model: Common Mistakes of the Entrepreneur-to-CEO Transition

The 4 Flaws Model takes a closer look at the transition from entrepreneur to visionary CEO. Most entrepreneurs have four character traits that offer early benefits when starting a business but become flaws as that business stabilizes and you take on the role of CEO. Here are the four cardinal flaws that may be holding you back.

You like to jump on the best opportunity wherever you see it. This impulsivity gave you an advantage during the startup phase because you were willing to take risks and make leaps to get your company started. As obstacles came up and new data presented itself, you adapted constantly as a company, not letting anything hold you back from moving forward rapidly, and testing solutions on the go.

The Problem? Shiny Object Syndrome. A CEO needs to keep their eye on the prize and build a structure where an entire team can move toward defined success goals. Impulsivity in a CEO can lead to "feature creep" and incomplete projects where new ideas are implemented half-baked and the workflow is cluttered with half-tried solutions.

Worse, it can lead to feedback given with no consideration for how it's delivered, which can break trust and reduce relational equality. This seat-of-the-pants approach worked as a startup, but it can impair your business as it scales.

Being impatient may have been crucial during your early days when you had to constantly be on your A-Game and push the system to get what you needed.  Impatience showed up as responsiveness; you were ready to act immediately on the next step and make things happen for clients without delay. Impatience drove proactive network building and persistent follow-up that your startup needed.

Being impatient may now be leading you to resist asking (and waiting on) others to do their roles in the company. An impatient CEO is a primary candidate for the "Chief Everything Officer" mentality and often fails to provide real guidance to a team. Your team may feel scattered with a shotgun approach to priorities.

An impatient CEO is also more likely to set unrealistic expectations and timelines, lowering morale and sometimes even creating resentment on the team from those who are both overworked and under-utilized for their talents.

Entrepreneurs channel creative energy to create things that don’t currently exist. This creative energy requires you to be flexible and adapt your delicate startup quickly to changing markets and economic trends.

When building a business, not getting too locked into one plan can be a real benefit, but a stable company needs consistency to build on established success.

You may find yourself showing up late to meetings, missing deadlines, or not responding to emails. You may vary between powerfully motivated or on the brink of a meltdown. This inconsistency makes your team insecure when they don't know what to expect from you and cannot build a routine around your leadership.

Most entrepreneurs summoned that "by the bootstraps" energy from a deep personal need to prove themselves. You are definitely not alone if you feel driven by a chip on your shoulder from past challenges or doubters.

Our past trauma can sometimes provide the fuel to drive us forward for a little while. In the beginning, you have no one to help and your self-reliance keeps you alive. But when you have an entire team, your security as their leader reflects on the morale and stability of the entire company.

Though you may project unshakeable confidence and at times, even arrogance, pride is just insecurity in disguise. You may find yourself struggling to ask for help. It's common for entrepreneurs to wrestle with receiving feedback from team members and you may even feel threatened when others don't receive or celebrate your ideas.

The truth is, your team is close enough to see that your confidence is brittle, and that lowers their trust in you as a leader

Now, these traits aren't all bad. In fact, as we'll see later on some of them are actually what caused you to start a business in the first place! But as your company grows and you step into the role of CEO, these flaws cause chaos if not developed properly.

Visionary Growth from Entrepreneur to CEO

The good news is that you're walking a path well-traveled. The personality traits that made you a strong entrepreneur can be transformed into the traits you need to be a great CEO and leader to your team. Let's take a look at the transformation of each of the entrepreneurial flaws one by one.

You can address your own impulsivity by choosing to reflect on yourself, your decisions, and the direction you are taking the company. A good CEO leads the company like the captain of a ship, considering the course and choosing the best path for the ship and crew together. Take time to reflect before you act and harness all your ideas as issues or things to think about rather than acting or reacting impulsively.

In his famous book "The Road Less Stupid," Keith Cunningham explains the incredible value of "Thinking Time." Gino Wickman and EOS call it "Clarity Breaks." Whatever you call it, this discipline will help you transition from impulsive to reflective.

When you make this change, you hold onto your love of new ideas, but with a measured approach to implementing them. You take the time to choose the best changes for your company, then build a plan to gain the greatest benefit from the progress you introduce.

Take the energy from your impatience and transform it into focus. Take a breath when you feel impatient to move a project forward. Instead of just digging and doing things yourself, spend more time focusing your team’s energy on the few things that actually matter and stop them from doing what doesn’t.

As Warren Buffet famously said, "The most successful people say NO to almost everything." Eliminate 80% of everything so you can focus on the 20% that moves the needle. Do LESS so you can achieve more.

When you move from impatience to focus, your team also becomes more focused. A focused CEO inspires their team to do more with less by doing what matters in the most effective ways instead of jumping franticly from task to task.

If you've been handling everything on the go, it's time to transition to a habitual routine. You need your business to run like a well-oiled machine and that relies on consistency. Almost every great leader becomes great because they commit to a set of habits that allow them to show up powerfully consistently. Creating new habits can be difficult, but apply that entrepreneurial determination to master the rhythms of your life so your people can count on you.

Teams respect and appreciate a leader they can count on. When you are able to stick to commitments, arrive early to meetings, and always perform at your best when involved, you set a high bar that others will aim for. You will become the cultural catalyst as a leader and others will be able to follow your lead instead of always wondering what rules leadership is playing by today.

Take off the mask, ask for help, and share your real self with your team. This doesn't mean being emotionally irresponsible; it means truly sharing the last 10% of what you're thinking and feeling. Don't act like you have all the answers and have it all under control when you don't.

Your team will trust and connect with you when they can see your real self. It's okay to sometimes admit that you don't have an answer and need to pull in some research or ask for feedback. It's okay to need coffee in the morning with everyone else and to connect on a personal level with those you work with.

With this approach, you’ll gain the support, loyalty, and trust of your team, ultimately allowing them to put their best foot forward. People rally around previously hidden challenges and can often help you fix problems that couldn't be solved on your own.

Making the Transition from Visionary Entrepreneur to Visionary CEO

Becoming a great CEO of a growing company is challenging for visionary entrepreneurs but so worth the journey.

And of our course, moving from Entrepreneur to CEO is so much easier when you have your “right-hand” second in command to help you. That’s where your Integrator comes into play. Get started now to unleash your true potential as CEO!

Before You Hire Another CEO Coach, Read This

CEO Training Won’t Solve Your Problems Without This…

Get To Know Us

Listen to Our Podcast

Are You Missing Your 2nd-In-Command? 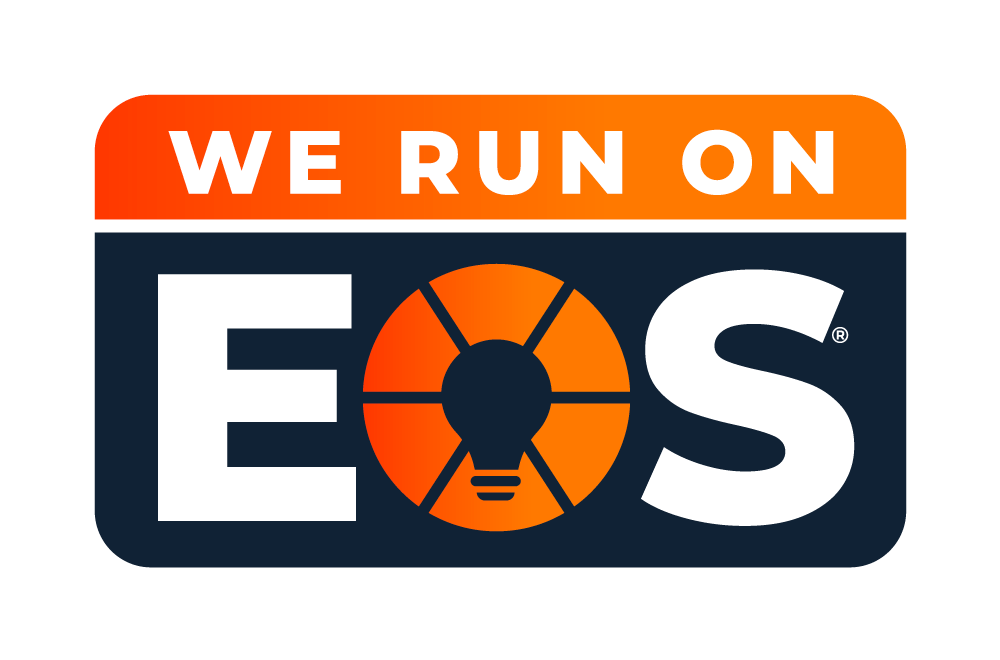